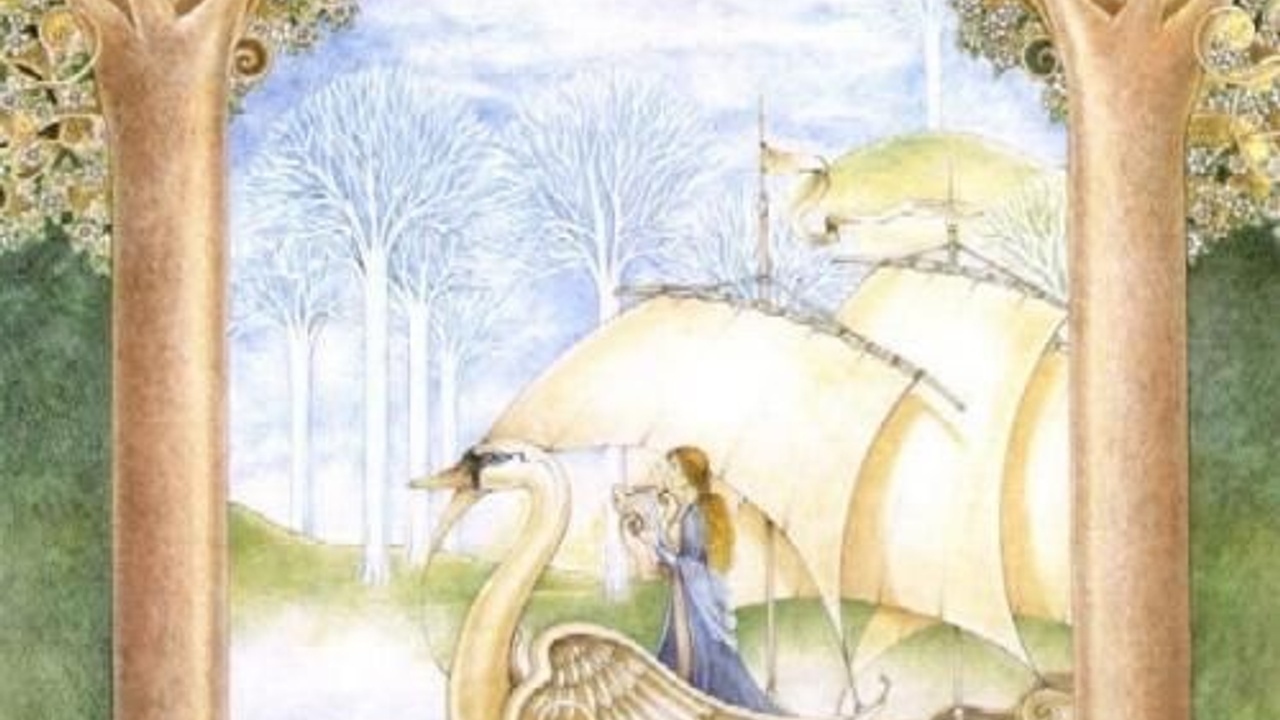 Of this time, to speak of Telynahari, port world of the Elven. This a transition point between the Ascended Elven Galaxies of Light in Lanaikea, and the galaxies of our physical Universe that are entering this cycle of evolution

The ships, the Swan Ships, from here have long sailed. They travel on the braided waters of worlds, especially shimmering lilac and azure.

Transitions, from one world to another, for so you are in transition, transit

Lilac fires of a New Gown of Light

Be with the Waters

Telynahari ~ where physical fibres, light flow structures are designed and formed for physical Immortality (this is remembrance ~ continuum through incarnations). We are designed to remember ourselves across lifetimes. Carriers of ourselves.

A port, a harbour is there. Archways that come down to the waters. Azure and turquoise, and the fleet of Swan Ships lit by the setting of a Sun. Their wings slightly raised, sculpted, the sunset rays passing through their translucent white. Feathered boats. Yet carved. Strong. Travelling worlds and currents. The armada, or fleet. The Palaces of the Elven rising up from the waters. Peace pervades the architecture. The skies are differently lit, everywhere a lilac light. The codas, codexes are placed within the boats. Records. Boats carved as though of white willow. Yet trees of another world, another time. Carved slowly, these boats. Crafted over aeons. Inlaid with treasures. For they carry the kindred to many worlds, Universes of Light. Softly, the heaven vibration of this world. A world of preparation. Preparation to carry frequency wherever it is that you go. Lilac. White. Violet Starlight.

You become ready to carry the codes no matter what.

A new body of Golden Light is forming

The feathers of the Swan People, the Swan Boats

Preparing for departure, under the beautiful skies

We are prepared as we have never been before. We are over the threshold we ourselves have wrought....△

In Honour and Love