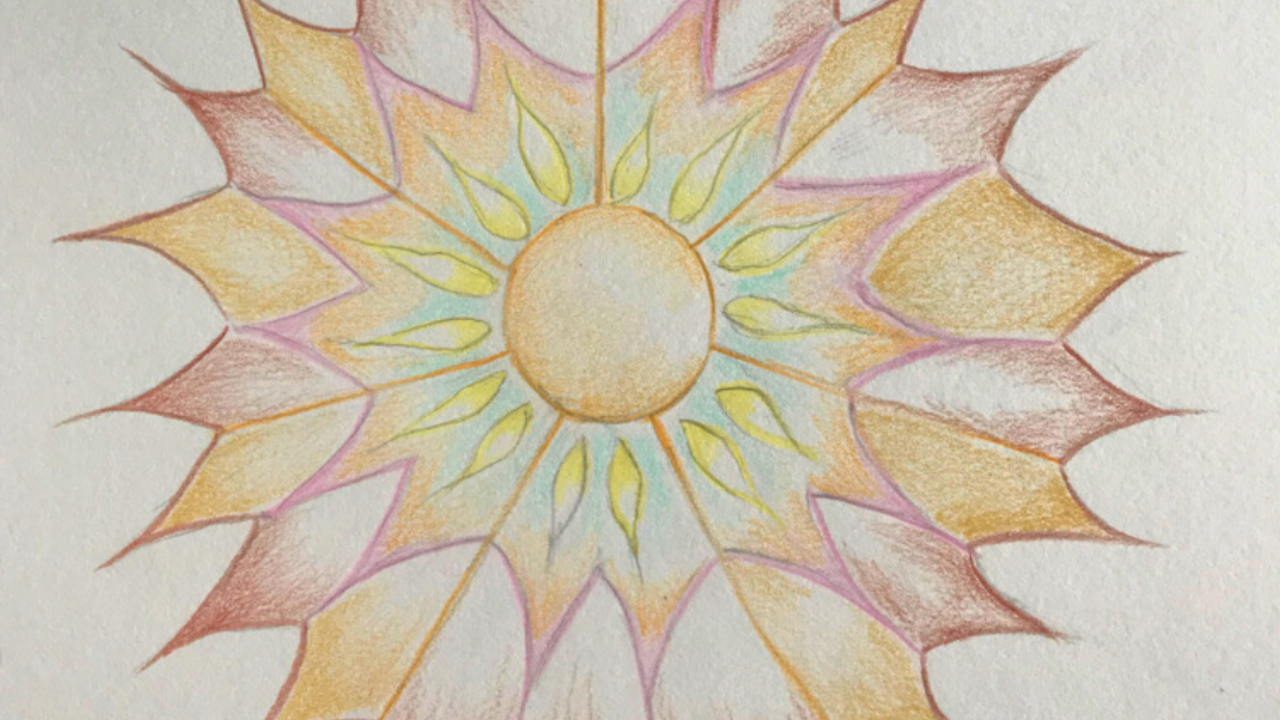 The Sun Disc was once physical, wrought of golds of earth by the Reindeer People when they received the prophecy of the seventh Sun. They set about forming it of the purest golds, as shown by the earth. But this was never its main intention, to become physical. It was first wrought in the etheric by the Elven during the earliest starlight ages of earth, as a record of the Great Ages of Starlight, of the Sun. This is the record of the times when the Sun becomes a Diamond Sun, and was fore-seen and known, tuned into when these diamond-platinum-golden frequencies would pour through and become physicalised. It holds the great Elven record of earth, and the love that has here been, and is to come again. It is a history, a story, a record, above all. Many knew that remembrance would be intimately linked with awakening.

It was wrought in Ar-Aria-Fina. A beautiful Golden Elven Sun Disc. The Reindeer People became custodians of this treasure, and kept it under the Northern Lights, where its sigils glow white and it restores itself and the higher timeline continuously

The descent of the angels, and the angelic timeline of earth.

For the Elven, this was always the goal, always the trajectory. For this is the state of the Star Creator, of the one who enters the journey of Mystery as the dancing light of creation

Burnished, fawn, fine scratches upon the surface, opaque and white gold, soft, here and there shining. Its white glyphs are inscribed, so fine. They are delicate, archaic forms. They sing to the soul.  There is a resonance of remembered ages. Of another way of being that is known to the soul.

And there are other markings upon it

These are dotted lines, intervals of solid lines, arrow forms and pyramidal marks

They show the way the galaxies flow one to another, and the old travel ways and star gates of the People

Our Sun is now moving through a sequencing of realignments with the ascended Elven galaxies, and through the coming months there shall be the most beautiful sequencing of stargates re-establishing these connections.

Our Sun, linking with our hearts (Golden Spiritual Suns of this world), can now undergo this reconnection. The infinity loop through our galaxy is restored.

I sit in the kota and feed the flames of the beautiful fire, whose sparks become the ascending lights of Aurora Borealis. The fire and the solar lights form a pathway, and I throw offerings of amber, lavender and myrrh to the flames to strengthen and honour the pathway. It is a pathway of transition from one world to another. We are travelling from one epoch of our ascension to another, from gold to diamond.

This is the time that was always dreamt.

Journey well, Beloved Star, for much shifts in these times

Ps I tootle still upon website creations, and SOON I shall open the Reindeer Lodge, an online introduction 1st September to the People of the Sun, People of the Stars, Elven shamanic ascension journey… so excited to meet the new souls entering upon the journey!

Pps From the Elven Temple of Ar-Aria-Fina, long I have been guided to share a writing program within which the Elven Codices of Light are written and return. Supernova: Writing Your Book of Starlight has a few places available, REGISTRATION TO OPEN SOON